You are here: Home1 / Trains2 / Bridging the Reliability Expectation Gap

In transit systems from London to Sydney, rail passengers are told to “mind the gap” between the train and the platform.

For Mr Shahrin Abdol Salam, Senior Vice President, Plans and Development, SMRT Trains, the phrase takes on a deeper meaning as his team works on the massive renewal of the 30-year-old North-South and East-West Lines (NSEWL), Singapore’s oldest, longest and most heavily-utilised MRT lines.

One of the biggest challenges is the way commuters judge the MRT system. “A commuter only cares about one train – the one that is either at or not at the MRT station at the moment he arrives. He does not care about the trains that have been running since 5am, or the ones that come after he has completed his journey.” 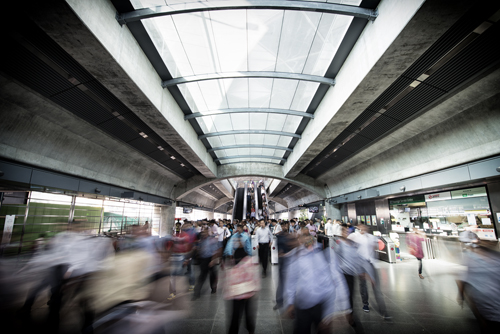 SMRT Trains, like many other rail operators, including Hong Kong MTR and Taipei Metro, uses Mean Kilometres Between Failure (MKBF) as a measure of service reliability. In the first half of 2017, MRT trains in Singapore travelled an average of 393,000 train-kilometres before a delay of more than five minutes, about three times better than 2015. The target is 1,000,000 train-kilometres in 2020.

The commuter, however, judges the system by what is happening the moment he’s on the platform, so past – smooth, comfortable and uneventful – journeys are quickly forgotten, he says, adding: “That’s why there will always be that gap.”

It is worth looking at what it takes for that single train to run without incident, Shahrin suggests. It takes interconnected systems of thousands of moving parts not just to work together, but to not break down. A failure in any one of these systems or subsystems can lead to a delay while the situation is rectified. Replacing any one of the systems also means having to ensure that they have to snugly fit into and sync with both the hardware and software of all the other existing systems.

The age and design on the system creates its further limitations – the primary one being the design of the initial system. There is no room for additional parallel tracks. That means, unlike in Tokyo or London, there is no option of shutting down a main line like the NSEWL, and diverting commuter traffic to alternatives.

“The NSEWL, which bears the brunt of most failures and complaints, is the backbone of our rail travel, and we don’t have the option of closing the system down. All our lines feed into it. So this 30-year-old system has to be renewed as it runs, and we continue to work hard and minimise the inconvenience associated with that.” The multi-year, multi-project rail transformation includes new concrete sleepers, a new signalling system, new power rails, refurbishment of midlife trains, progressive addition of 45 new trains and the delivery of 12 new trains by 2018. 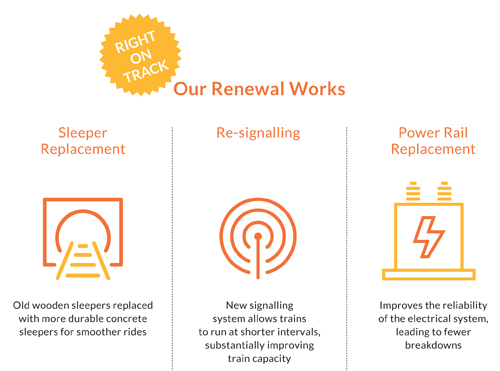 Various contingency plans have also been put in place to allow for quicker recovery from incidents when they do happen. When a hiccup occurs, inspection continues until the fault is identified, Shahrin says. “It is very easy for two- to three-minute faults to evolve into faults that last five minutes or longer. That is why we keep a close eye on every single fault.” 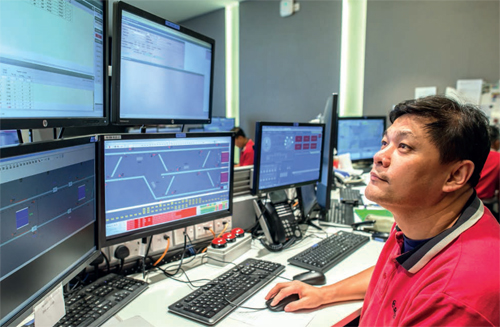 Through the 24-hour SMRT Maintenance Operations Centre located at Bishan Depot, engineering staff from different technical disciplines work together to react to incidents – big and small – faster. Frontliners at stations are also being trained as first responders to incidents.

“We anticipate that there will be issues, and adapt our processes accordingly. We have trained staff to be more responsive in dealing with delays,” says Shahrin.

But for many of these moving parts, there will continue to be limitations.

“We are dealing with assets that are reaching end-of-life. Replacements are due and must be carried out to provide the safe and reliable journey that our commuters depend on us for,” Shahrin explains. For us, this means listening to our commuters to both identify and bridge those gaps.