You are here: Home / Trains / Keeping our cool

Air conditioning is a crucial component in keeping commuters cool on the train. Nothing irks us more than hoping to escape the humid Singapore weather by taking the train, only to find it stuffy and warm.

On all North-South and East-West Line trains, there are two air conditioning units per train car. With six cars making up a train, that’s 12 air conditioning units working keep the temperature within the train cool. There are 141 trains for the NSEWL, that’s 1,692 air con units! Excluding those undergoing maintenance on the workshop floor.

So how does SMRT maintain the air conditioning systems on the trains to help you keep cool and carry on? 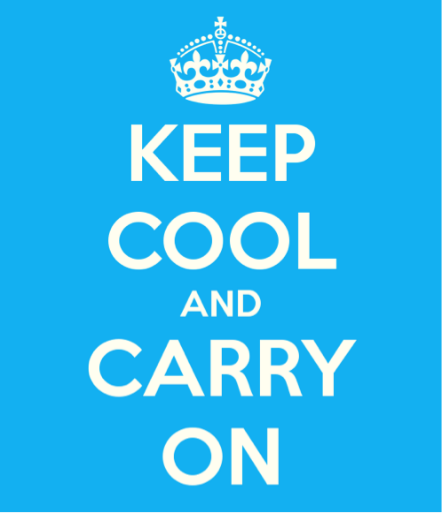 Here are some top reasons for aircon failure according to a recent analysis on data collected from December 2015 to February 2016.

Blown Fuses in the aircon motor 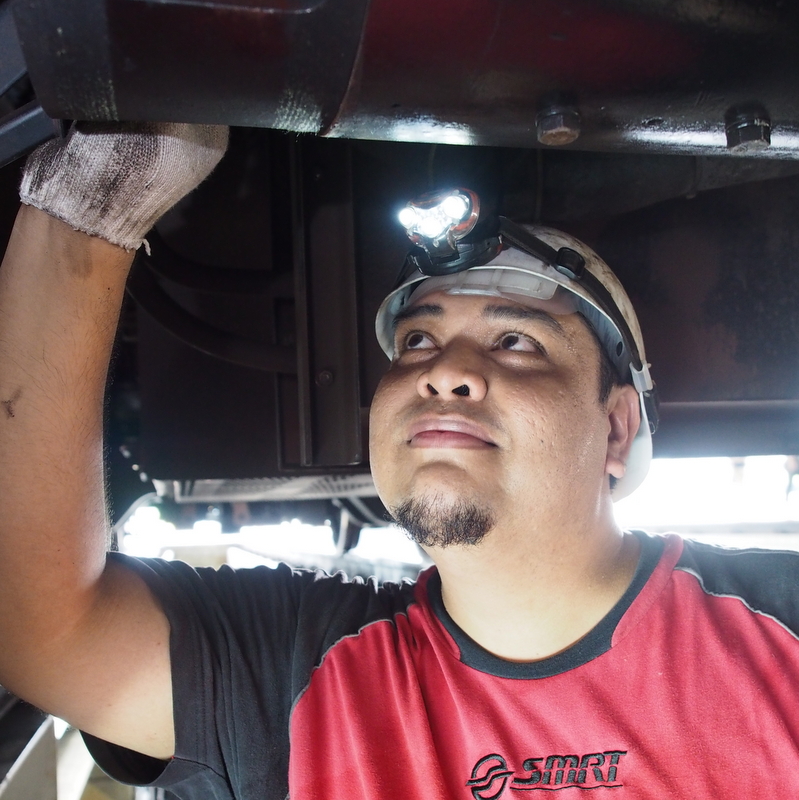 One of the most common reasons for failure was the aircon system fuse. A blown fuse indicates excessive current which could be a result of arcing caused by the carbon dust build up inside the motor.

A more effective cleaning method to remove excessive carbon dust build-up has been implemented and new carbon brushes are being trialed to reduce the carbon build-up in the long run.

Microcards are like the brains of the aircon unit. When there is a defective microcard, the aircon no longer functions the way it is supposed to. In some situations, the unit fails to activate when temperatures get too high. 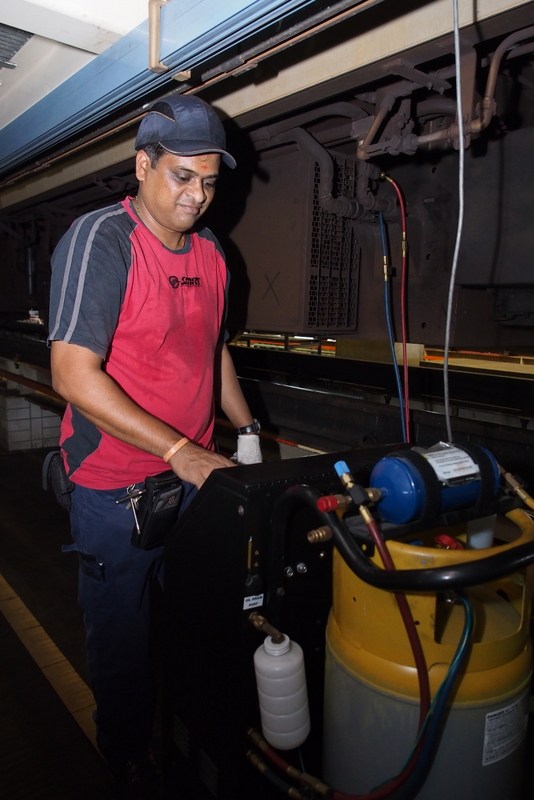 The trains’ aircon units use a gas known as Freon as a refrigerant which cools the air. The Freon gas cycles within the unit in a closed system of coils. If the Freon leaks from these coils, cooling efficiency is reduced. We are stepping up efforts to plug leaks in these tubes though a process known as “brazing”.

The Freon also needs to be topped up when leaks are discovered. The use of a recovery machine ensures that the precise composition of refrigerant is used to ensure cooling efficiency.

Keeping an eye on things

The later models of trains on the NSEWL (KNS and KSF) are all equipped with the Trains Information Management System, or TIMS. TIMS is an entire system of sensors that measure various properties of the train during operations. The internal temperature of each car is one such property. 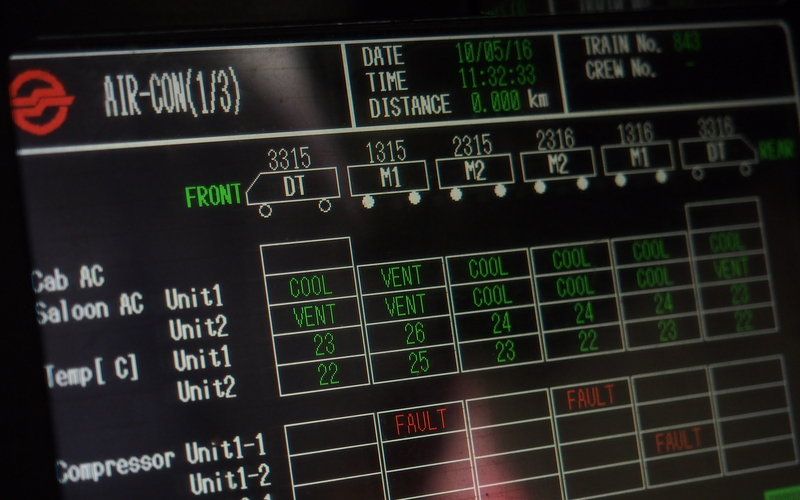 During service, train captains can check TIMS for any aircon faults. When faults are detected, a “field team” is activated. The team will then verify the fault and where possible, rectify the issue immediately. Further inspections to the reported aircon system will also be carried out when the train returns to the depot.

Paving the Way for Better Journeys (Jun 2016)
Scroll to top