You are here: Home / Trains / Powering SMRT Trains on the NSEWL

In October 2015, SMRT released the inaugural edition of Your Journey Matters, outlining SMRT’s rail transformation efforts. Almost a year later, we have published Your Journey Matters – Edition 2, which continues the story of SMRT’s ongoing efforts to improve and renew the North-South and East-West Lines (NSEWL) – Singapore’s oldest, longest and most heavily used MRT lines.

The multi-year, multi-project efforts described in Your Journey Matters underline SMRT’s commitment to serve you better. In this new edition, we also bring you updates on the ongoing station upgrades to escalators and platform screen doors, as well as a look into how the air-conditioning is maintained on our trains. 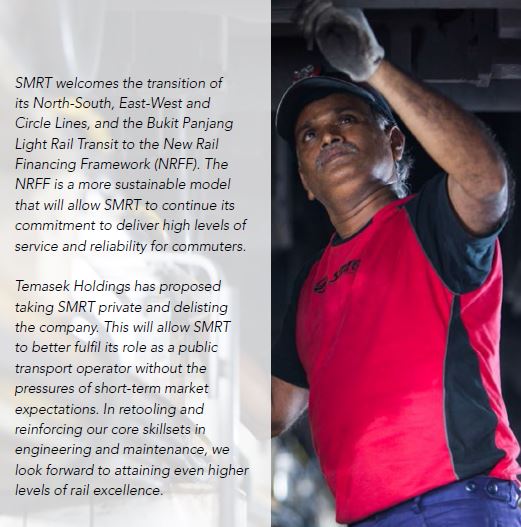 A tremendous amount of work is being put into renewing and upgrading the North-South and East-West Lines (NSEWL), Singapore’s oldest, longest and most heavily utilised MRT lines. The work takes place every day even as the rail network continues to serve passengers for around 20 hours a day and as the system copes with increased ridership. 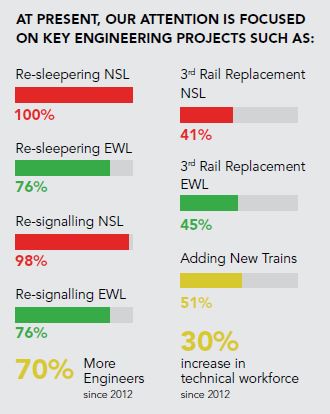 The transformation of the NSEWL is a complex set of engineering projects. It represents the first major upgrade for the lines since they started operations in 1987. Indeed, the renewal of the NSEWL is said to be the biggest modernisation project on a “live” MRT system anywhere in the world.

This modernisation effort will lead to an updated and renewed railway system that will allow SMRT to run more trains, carry more passengers and serve our passengers better with faster connections across the MRT network. The multi-year, multi-project effort takes place seven days a week, all-year round. Much of the work takes place away from the public eye in train depots, deep underground in train tunnels or during the early hours of the morning when trains have stopped running. Progress is made every day to modernise the NSEWL to serve you better.

With just three hours every night for engineering staff to access the track when trains are not running, it is vital for SMRT to prioritise and allocate the engineering hours and resources properly across different projects. Since 5 June 2016, the implementation of later train service start times on Sundays for 13 stations along the East West Line have given the engineering team much needed additional time to work each night. These extra hours are maximised for urgent maintenance and repair tasks as well as upgrade and renewal projects.

Powering the North-South and East-West Lines

With more trains due to be added to the NSL and EWL, existing power cables have to be replaced with larger capacity cables to accommodate the increase in power demand. SMRT is working with LTA to address the rail network’s future power needs.

A number of measures are being implemented to minimise inconvenience to MRT passengers due to power-related faults. These measures tie in with recommendations made by the Independent Advisory Panel, approved by LTA, on rectification measures to improve the rail power supply system.

These measures include renewing power components that are nearing the end-of-life stage on the 30-year old network with completely new components, increasing the power capacity of the network and thirdly, improving the design of the power network.

In order to improve the design of the power network, Voltage Limiting Devices will replace the existing 64P Earth Fault Relay. Works will be done on the 750V DC Switchgear & DC Cables, Direct Current Group (Rectifiers and Inverter) and High Voltage Group (AC Switchgear & HV cables) in order to renew, upgrade and increase the power capacity.