You are here: Home1 / Trains2 / SMRT staff help wounded boy who has autism 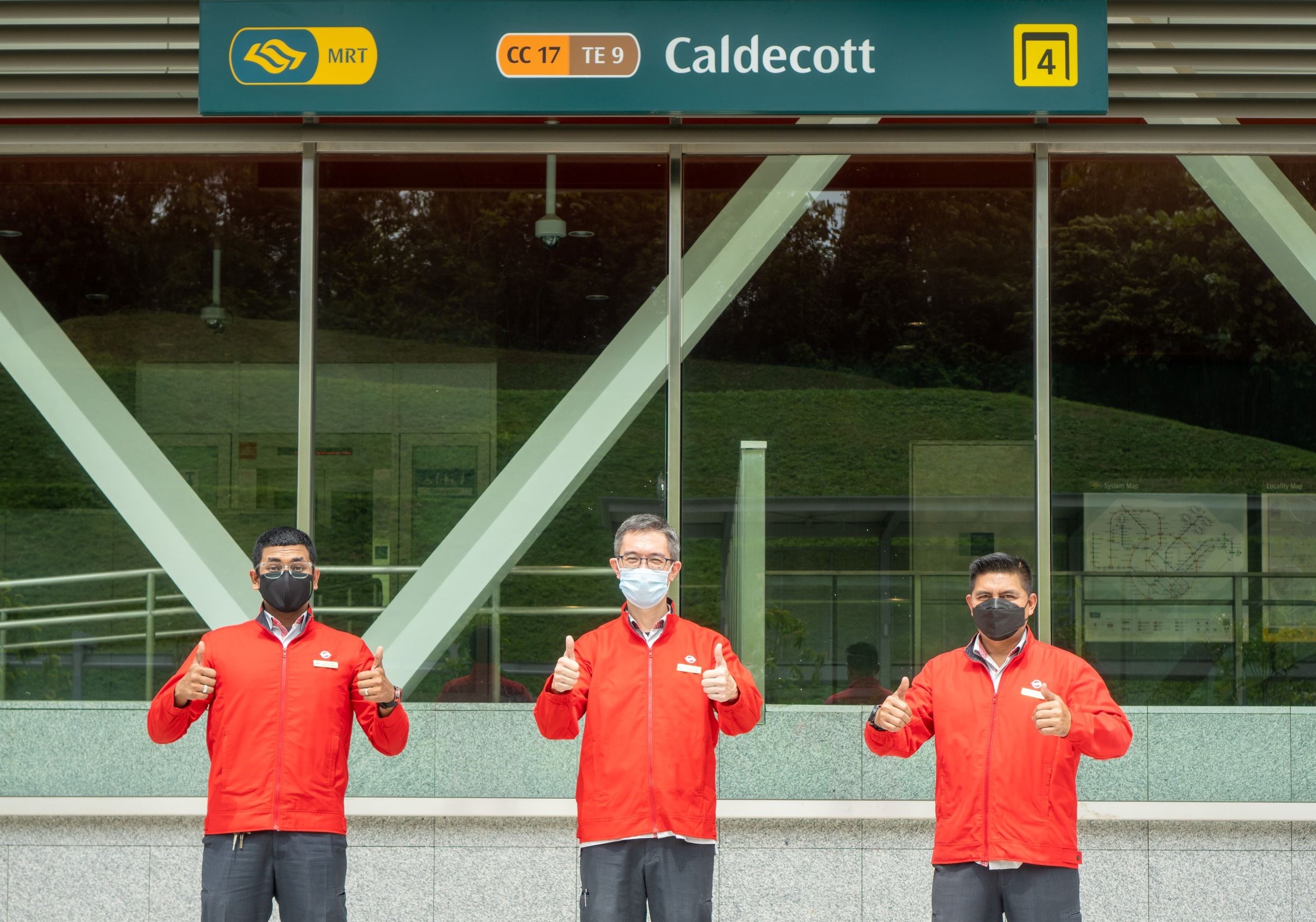 As part of service excellence, SMRT’s frontline staff put themselves in the shoes of commuters in order to serve them as best as they can.

With April being World Autism Awareness Month, we share how one of SMRT’s frontline staff, Senior Assistant Station Manager (SASM) Alain Goon, 52, put the company’s WeCare service ethos into action to help a commuter who has autism.

On 9 February this year at Caldecott MRT station on the Thomson-East Coast Line, SASM Goon spotted a young boy, who looked like a primary school student, with bloodstains on his arms and bruises on his kneecap.

“Something was amiss because it seemed like he had an accident and I wanted to offer my assistance. He appeared lost as well,” said SASM Goon. “It was not easy to get the boy to the first aid room as he ran away when I approached him and proceeded to play the cat-and-mouse game with me.”

With the help of his colleagues, Station Manager (SM) Norazhar Bin Omar, 45, and ASM Muhammad Hafiz Bin Latiff, 29, SASM Goon managed to locate and coax the boy to the first aid room, where they cleaned and bandaged his wounds.

Upon realising the boy could not share his name and address, SASM Goon found a mobile phone number in the boy’s bag and spoke to his mother.

“She told me that her son has autism and thanked us for taking care of him,” said SASM Goon.

The story of SASM Alain, SM Norazhar and ASM Hafiz, as well as that of their colleague ASM Heiadayah (see other post here) are examples of SMRT’s WeCare service ethos put into practice, where frontline staff go the extra mile to provide commuter-centric, safe, reliable and comfortable journeys.

The WeCare service ethos can be found in the suite of services by SMRT, such as dementia Go-To Points and Go-To SMRT. These are all part of SMRT’s efforts to build affinity and better serve commuters on our network.

This post was adapted from the article “SMRT’s WeCare service ethos is powered by its frontline staff”, the full version of which was published in The Sunday Times on 3 April 2022.