You are here: Home1 / Trains 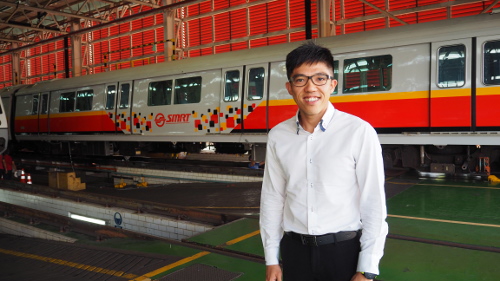 After seven years at a statutory board, I made the move to SMRT Trains in 2015 with the hope of contributing more to the rail industry. What attracted me to the company, was the fact that SMRT has many brownfield projects to work on, whereas it was all about introducing new systems where I was at.

I need to be in the depot early every weekday morning to attend our daily Permanent Way morning meetings at 8am. These meetings start early as the night engineering teams from around the country would update the day teams on maintenance done on our tracks and issues encountered during the wee hours before. The rest of the day is spent working with the day teams investigating root causes behind various issues, finding long-term fixes, and working to optimise our maintenance processes. I usually leave the depot in the evening for dinner with the wife and children.

Sometimes, that is not the end of my work day.

Once I’ve tucked my children in at 10pm, I head back to the depot to spend the night with the engineers and technicians working the night shifts. This is not just about working on the maintenance of our tracks to keep it safe and fit for operations. It is also about being there with my team to show them we are in this together. We are #OneSMRT.

The team thinks that I am there to motivate them. In reality, I rely on them for motivation. The passion they possess and the pride they take in their work keep me focused on the goal. Many of my colleagues have clocked 30 years on the job. Their work ethic and the ownership they have over the job is simply quite mind-blowing.

We are determined to provide Singaporeans with better journeys every day. This is not your usual office job. It is definitely worth it when I know my team and I have contributed in ensuring our commuters get to their destinations safely and comfortably.

Wayne Chen is a principal engineer at SMRT Trains. He performs engineering analysis and trending assessments to improve the reliability of rail track components and equipment for the North-South and East-West Lines. 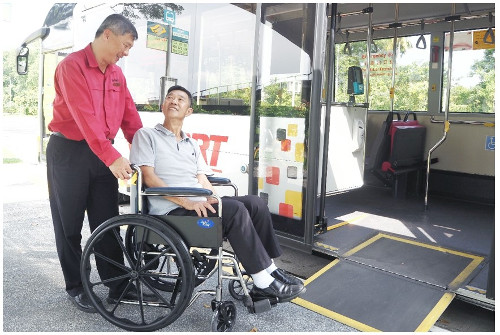 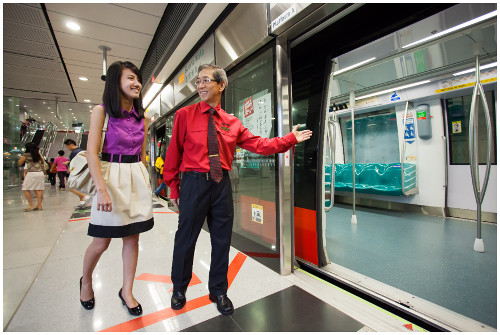 Millions of commuters travel on our transportation network daily. Lot’s of us know the stations and interchanges so well that we breeze through them on auto-pilot, with eyes glued to our phones.  Admit it, you and I are guilty of that once in a while. We’ve walked the same route for years and it has become second nature to us.

However, for passengers with disabilities, the daily commute can be a constant challenge.

For someone on a wheelchair, something as small as the 75mm gap between the train platform and the train can be an obstacle to overcome.

There are many accessibility features on both trains and bus networks to help narrow the metaphorical gap that passengers with disabilities experience daily. 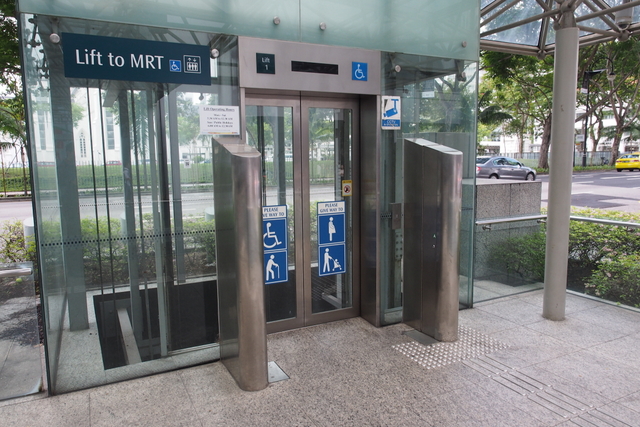 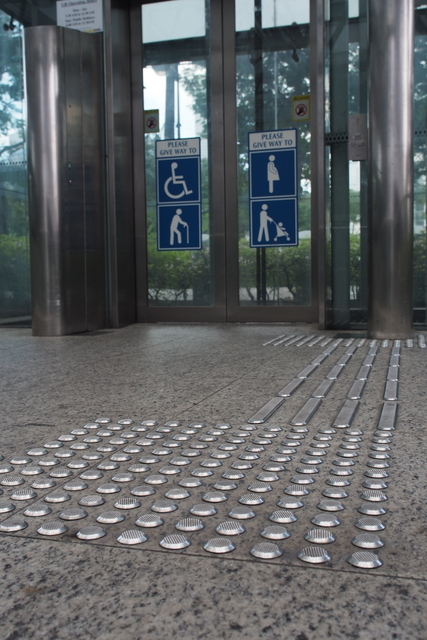 The bars and bumps on the ground are known as tactile paving. They are there for the visually impaired, forming a path leading from platform to important places in the station, such as the fare gates. Have you also noticed that the tactile paving always leads to the wider fare gate? 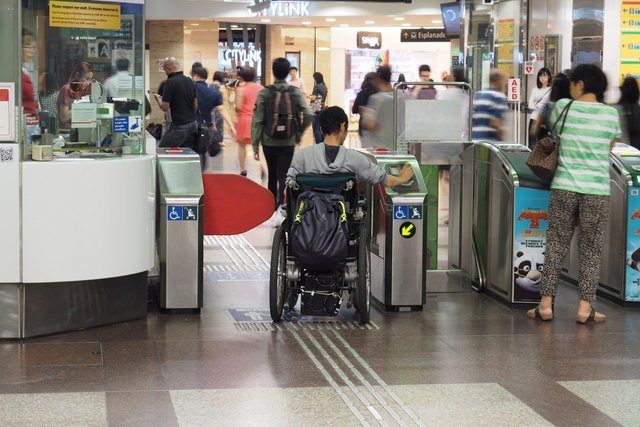 Wider fare gates were introduced to allow wheelchairs to pass, as well as bulky items. These gates are bidirectional, making it more convenient for the passenger as they do not need to approach a Station Staff to help them turn the gate to a certain direction. 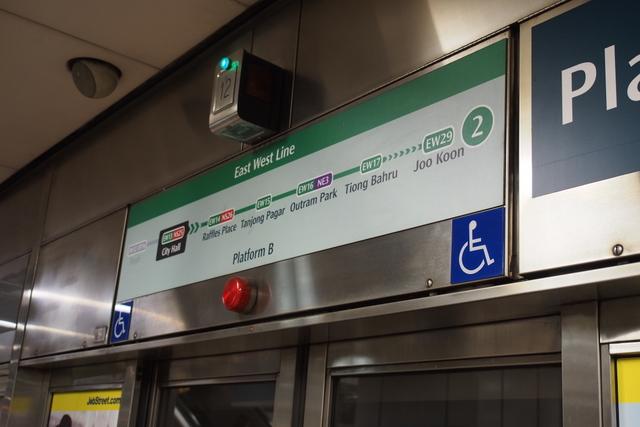 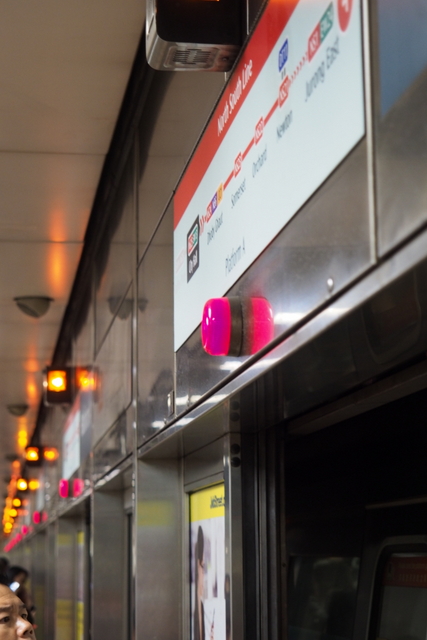 There are also visual indicators for the hearing impaired. The prominent flashing red lights above the platform screen doors indicate when the train doors are closing. 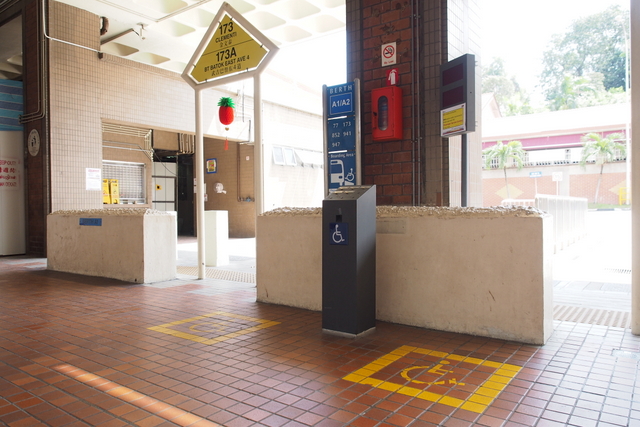 Special boarding berths at some interchanges were modified for passengers in wheelchairs. Wheelchair bound passengers who wish to board a certain service number can state so via a console at these berths. The next bus will swing by the berth to pick them up. 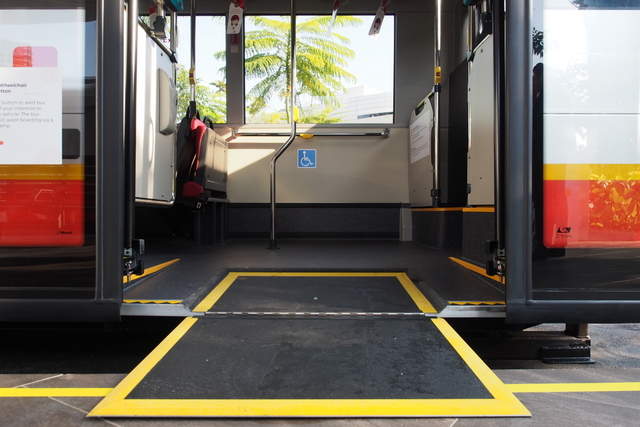 Passengers in wheelchairs indicate their intention to board a wheelchair accessible bus by pressing the blue button next to the exit doors, triggering a special alert to the Bus Captain. The Bus Captain will then deploy the ramp and help the passenger on board the bus. 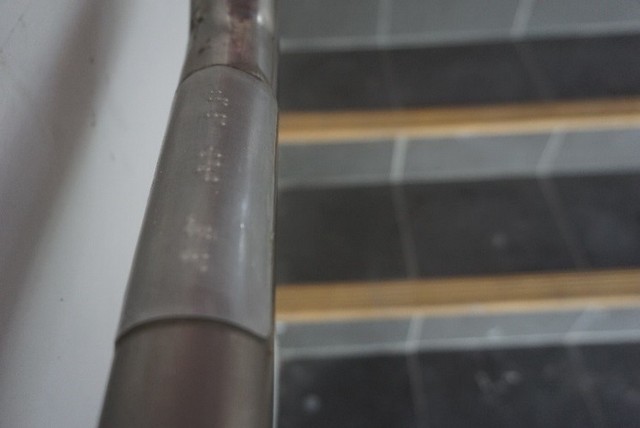 At the new Woodlands Temporary Bus Interchange, there are “signs” in Braille on the handrails to help the visually impaired locate waiting areas.

We want to sustain higher levels of reliability, safety, convenience and comfort for our passengers and we will do this by strengthening the way we maintain our rail network and train fleet.

To keep the rail network running safely for 20 hours a day, every day, even as the NSEWL serves increasing ridership, calls for a high standard of engineering excellence. We have a comprehensive, structured maintenance programme to look after the rail network. Our engineering staff step up maintenance checks as railway components reach their end of life. Safety is paramount and we will update maintenance schedules regularly to factor in ageing components that may need to be checked more often and more intensively. We have introduced more devices to monitor the condition of rail assets and infrastructure. These include fitting trains with cameras for early detection of track faults, placing devices on tracks to check the condition of train wheels as well as installing devices across the network to measure the health of the power supply system. More specialised condition monitoring devices, such as lasers that check track alignment, will be introduced to supervise critical components in the NSEWL.

Our efforts to institute a lifecycle asset management system have been recognised. SMRT is the second metro in Asia to achieve the ISO 55001 standard. It demonstrates to both regulators and other stakeholders that assets are being appropriately maintained whilst short, medium and long term issues and risks are being properly identified and addressed. In addition, independent certification provides evidence of compliance to safety critical systems and procedures. It shows, most importantly, that SMRT is on the right track to achieving better rail reliability. Another significant step forward is in setting up a new Maintenance Operations Centre (MOC), the first of its kind in the region. Opened in August 2015, it allows SMRT to better coordinate and provide stronger support to maintenance teams as they respond to rail incidents. The MOC allows rail engineering experts to guide staff attending to faults on our network with more precise technical advice, leading to faster recovery. When fully operational, the MOC will provide a 24/7 health status of each train and of all critical components across the rail network. 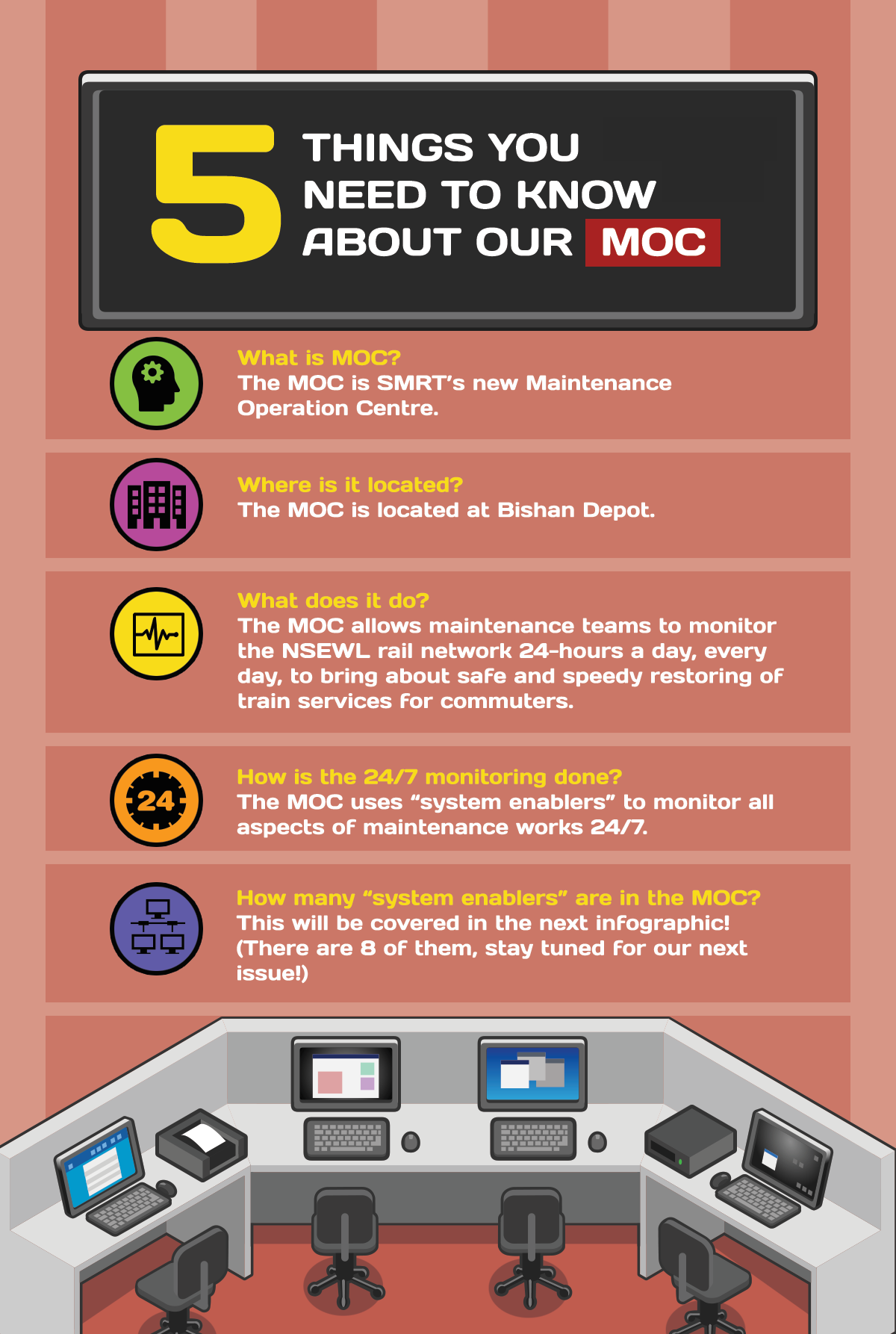 Improving the North-South and East-West Lines SMRT is making good progress in its multi-year, multi-project efforts to renew the NSEWL. This marks the biggest transformation of the Lines since they were built in the 1980s.